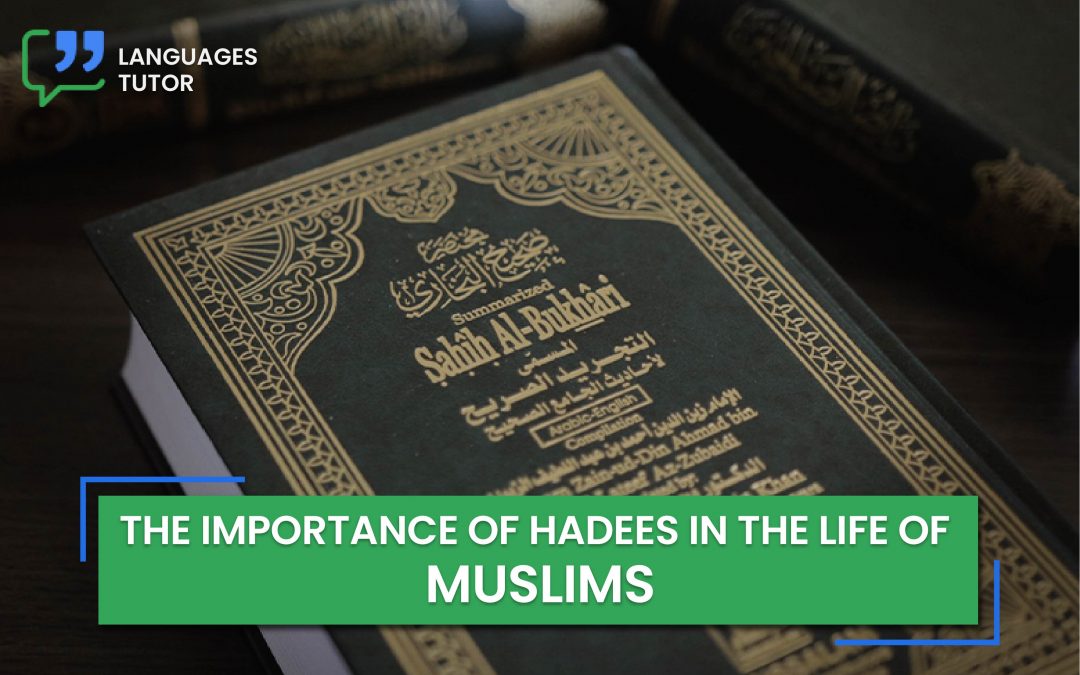 The Importance of Hadith in the Life of Muslims

Hadith is the collection of traditions containing, saying of the Prophet MUHAMMAD (SAW), which, with the account of his daily practice (Sunnah), constitute the major source of guidance for Muslims apart from the AL-Qur’an. In other words, the hadith has transmitted reports about what Muhammad (SAW) said and did. Hadith is called “the backbone of Islamic Civilization.”

Hadith is part of Prophet Muhammad (SAW) Sunnah, and God commands Muslims to follow this Sunnah, together with Quran, as sources for Islam religious teachings and rules. Prophet Muhammad is a true model for a human to be followed in all His sayings, doings, and practices. Prophet sayings (Hadith) give the details of many rituals worships as explained to the Prophet by God. Prophet sayings (Hadith) are roots of many Islam morals since they help Muslims determine the Prophet’s way to live. Prophet sayings detail and explain what is briefed in Quran. It helps Muslims be closer to Allah by doing what He wills and abstaining from what He forbids. It gives direction on the performance of Sunnah acts. They are a source of understanding for Muslims. It aids us in understanding the details of the Prophet’s life and teachings.

EARLY WESTERN APPROACH TO A HADITH

To give a favorable picture of religious regulation in the oldest period of Islamic civilization, which was crucial for the growth of Islam, a quick critical evaluation of the issue of Hadith by Western historians is required. Many Western scholars have accepted that hadith is a valid historical source with concerns. Many others have and continue to have a heated argument about the legitimacy and the period of creation of the Hadith content. Ever since the second half of the 19th century, Western scholars of Islam have highlighted that this approach of hadith analysis is inaccurate and has focused on the meaning of the article for determining the validity of ahadith. Following nothing but the fact that al-Bukhari only considered 4,000 of his approximately 600,000 hadith to be genuine, Gustav Weil recommends in 1848 that a European critic is required to dismiss at up to half of these 4,000 with no hesitation. Are there any other scholars who believe that many hadiths are not authentic?  Ignaz Goldziher, a Hungarian scholar, believes that the traditions attributed to the Prophet Muhammad and his Friends (the Sahaba) in the classical compilations of hadith are not truthful reports of these individuals but rather represent the scriptural and diplomatic advancements of the first 200 years following Muhammad’s death, and this is mainly based on a review and analysis of the subject matter of the hadith.

Hadith literature is an important source of the history of Islam. Its advent, expansion, and fundamental teachings, as well as of the life and traditions of Mohammad which the Sahabah of the Muhammad (peace be upon him) preserved from the very beginning, and which, during the subsequent years, attained a permanent branch of the knowledge. There are sufficient evidence to believe that the Hadith compilation had started during the lifetime of Muhammad (peace be upon him). Imam Abu Dawud has mentioned different Ahadith in this regard. One example is mentioned below.

‘Abdullah bin Amr said: “I used to write everything which I heard from the Messenger of Allah. I intended (by it) to memorize it. The Quraysh prohibited me, saying, ‘Do you write everything that you hear from him, while the Messenger of Allah is a human being (Bashr), he speaks in anger and pleasure?’ Therefore, I stopped writing and mentioned it to the Messenger of Allah. He pointed with his finger to his mouth and said: ‘Write, by Him in whose hand my soul lies, only right (Haqq) comes out from it'” (Sunan Abu Dawud). Imam Zahbi has quoted Hadhrat’ Aisha saying my father Abu Bakr asked to get all those hadith which he had written, and then he asked for fire and burnt that document.