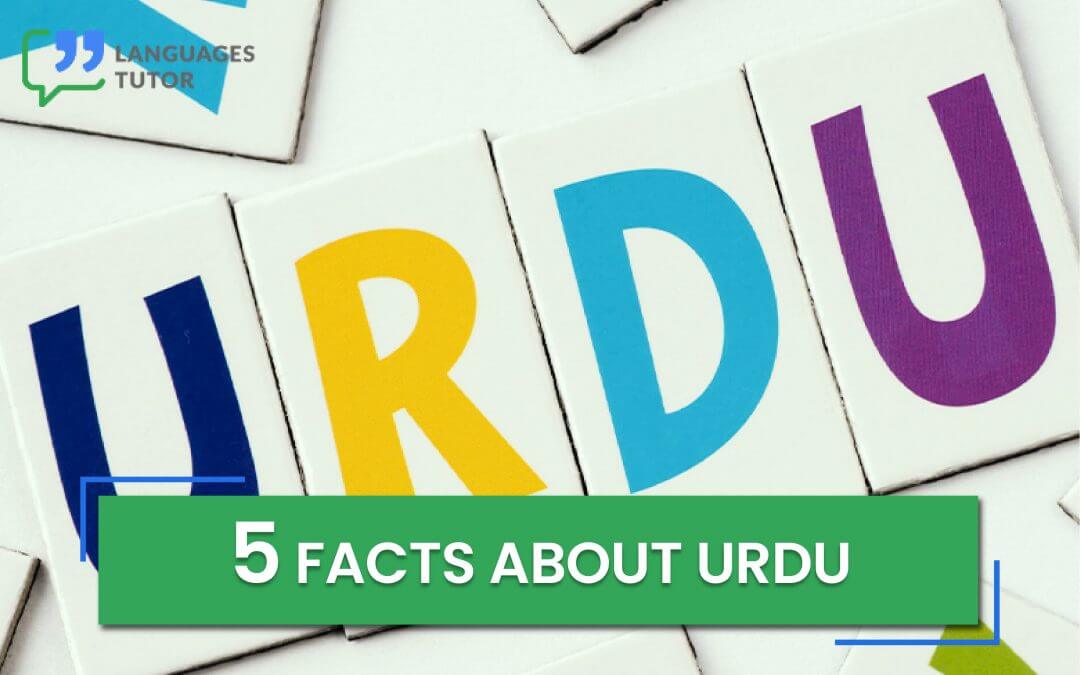 The word “URDU” is from the Turkish word “ORDU,” which means “ARMY.” Urdu is the official language of The Islamic Republic of Pakistan. It is extensively spoken in Pakistan and India. Seventy million people speak Urdu as a first language, and more than 100 million people speak it as a second language. Urdu is also the official language of some of the states in India. According to the 2011 census, around 50.8 million people in India spoke Urdu, which made up to 4.34% of the total population, whereas 30 million people were found as Urdu speakers in Pakistan according to the 2013 census. Urdu is the 20th most spoken language globally, with 68.6 million speakers worldwide. Urdu is widely spoken in the Middle East. A common man from the Middle East could easily understand Urdu either as a shopkeeper or other individual.

You may also like to learn about the Urdu Language Course.

There are many outstanding facts about Urdu. One who speaks Urdu should be well-aware of these facts. So what are you waiting for? Come and have a look at it.

SIMILARITY BETWEEN URDU AND HINDI

Many South Asian languages are found to be similar to each other. In the same way, Urdu sounds like Hindi. Urdu and Hindi differ from each other in their written form. Both languages usually share the same grammatical structure and vocabulary. Hindi is written in the Devanagari script, influenced by Sanskrit, whereas Urdu is written in Arabic script and contains several Persian words. Two communicators talking in Hindi and Urdu could easily understand their conversation, but they couldn’t read the written pattern of the mentioned languages.

LANGUAGE OF ELEGANCE AND CHARM

Urdu is famous due to its sweetness. Urdu poetry provides charm to the listener. Amir Khosrow was assigned the title of first Urdu poet. Urdu poetry is famous all around the world. Urdu vocabulary fascinates the readers. Faiz Ahmed Faiz is considered the best Pakistani Urdu poet. Urdu vocabulary grabs one’s attention, and their curiosity takes them to the depth of Urdu words. The rich Urdu literature is one of the reasons for its enhancement and grace.

Urdu has a pretty history. Urdu’s birth took place in the 12th century. Urdu was before called the “Camp Language.” Troops from different languages were brought for war; they created this language for communication purposes. Urdu is a mixture of Arabic, Turkish, Persian, and Hindi words. That was how Urdu originated. Later on, by the passage of span, Urdu became a prominent language in the sub-continent. Now it has become the official language of one of the greatest Islamic countries in the world.

The most alluring fact is that the English language borrowed many Urdu words. It is known that English shares many Latin and Greek words, but interestingly, Urdu is also present in the shared one list. Following is the list of the words.

There are 39 basic letters and 13 extra characters in Urdu, 52 altogether. Urdu is written from right to left. Some Urdu alphabets are related to Arabic and Persian alphabets. A single dot in the Urdu language could change the whole term or meaning of the word. That is why Urdu is sometimes called complicated while writing it. There are certain letters in Urdu that sound slightly different, like ک and ق. Pronunciation matters the most in the Urdu language. ق spells like a sharp sound at the back of the throat, like the English Alphabet’ K’. ژ usually sounds like ‘S.’

Urdu is easy to learn. One who has learned Urdu is capable of learning Arabic and Persian. It would be easy for them. A small mistake in Urdu could result in a big error. Pronunciation matters most in Urdu. Urdu is among the most respected and valuable languages in the world. The similarity of Urdu with many other languages is a positive way of communicating with different identities. The beautification of Urdu is prominently shown in its literature and poetry.